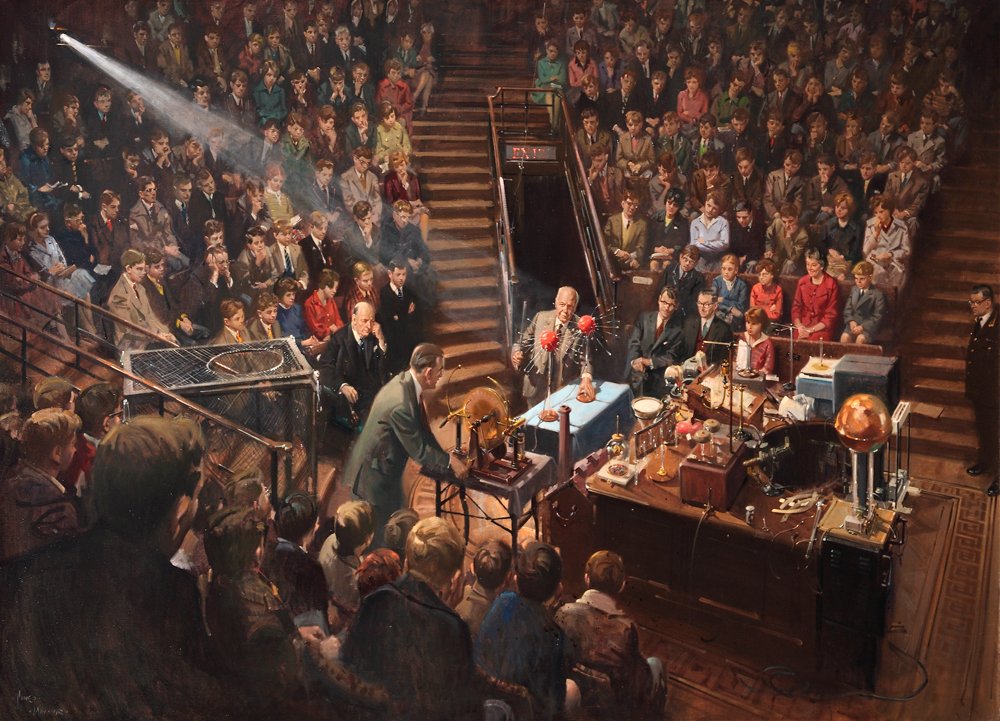 Discover who's who and what's happening in this beautiful iconic painting by Terence Cuneo, depicting Sir Lawrence Bragg presenting the 1961 CHRISTMAS LECTURES on electricity.

This painting by Terence Cuneo was based on the first of the 1961 series of CHRISTMAS LECTURES, delivered by William Lawrence Bragg (1890 – 1971). The scene depicted shows Bragg using a glass rod to demonstrate the effect of the static electricity which is being generated by the Wimshurst machine. The machine is being operated by laboratory assistant Bill Coates, and in the front row you can also see Bragg’s wife and grandchildren. Some people have even spotted themselves among the audience.

There’s also another, less obvious yet distinguishing feature to this painting – a tiny mouse. See if you can spot it on the lecture desk, its whiskers sparking with static. This is a personal trademark of Cuneo which he added to several of his works.

Learn more about the Braggs